Shut the front door!  I am now officially caught up with the Dueling Darlings on SCS!

Thanks so much for waiting LJ, for your kit to be used on the October card from me.   The MFT image that you included was so adorable.  I had fun coloring her up.  It has been awhile since I have colored - unless you count revision marks on contracts!  LOL  The doily was so cute that I had to cut it  in half, so I could use the other half again on a card.  I put a little piece of black paper on the back to show the detail and fussy cut the edges.  You never know what someone is doing when they are on a conference call, now do you?!

In my theme of 'use what'cha got', this one takes the cake!  The purple layer of card stock is from - wait for it - the late 90's!!!  How do I know this?  It was a part of a pack of the first paper that I ever bought.   The whole pack was way too thin of card stock, because of course I had no idea what I was doing. The paper hoarder in me could not just toss it out and recycle it.  I have managed to use all of the pack as layers over time and this was the last piece!  It took so long as it was pack of bright colored card stock, which is pretty, but I found colors that I do not gravitate to work with.  It really was a bad purchase, as it made me mad it was not what I was looking for and to go on an exclusive buying spree from Stampin' UP! for the next several years.   Turned out to be an expensive little pack of paper!

I don't know about you, but I have ONE Halloween card done for this year!   The benefits of being the tardy girl!  Now what paper crafting item do you have that is old and can use?  Dig it out!!! 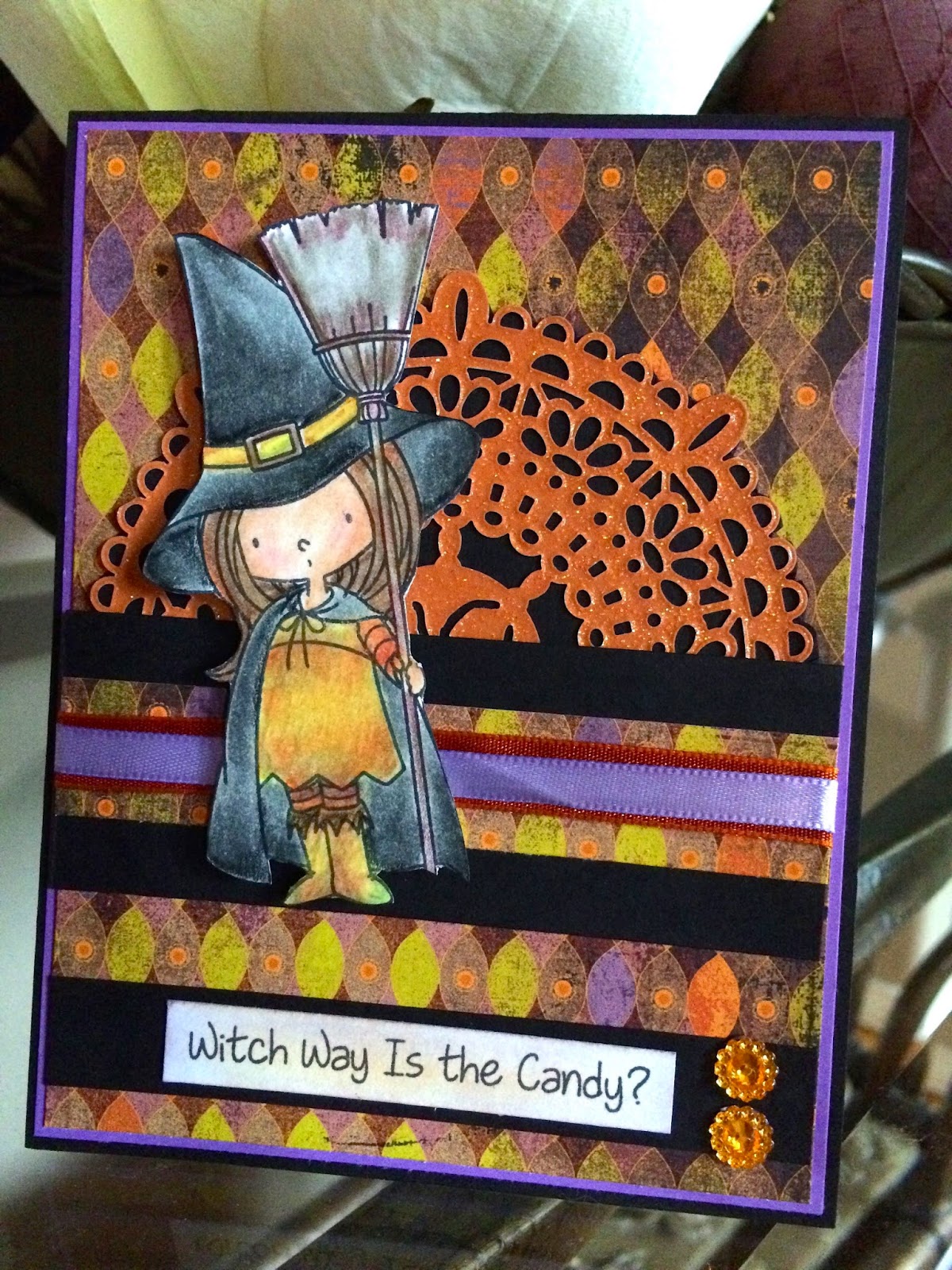 This is so cute Tami!

I have the same problem with hoarding OLD paper packs. I won't recycle them even if they are "out of style" as I think I will eventually find a way to use it.

Your card is adorable btw - the coloring is fantastic!

How fun is this - Halloween in the midst of all the Valentine blog posts, LOL! Be Original, I say!

And this was worth the wait - super cute!

Wow! Love your card, Tami...So cute!! Yeah, you're really ahead of the game with Halloween cards made now!

This is so dang cute Tami. I love you used the doily....great job my friend....

Wow! Wow! WOW!!! This is soooooooo cute! One of my favorite Halloween images - and you colored her perfectly. Love the orange doily behind her, too!